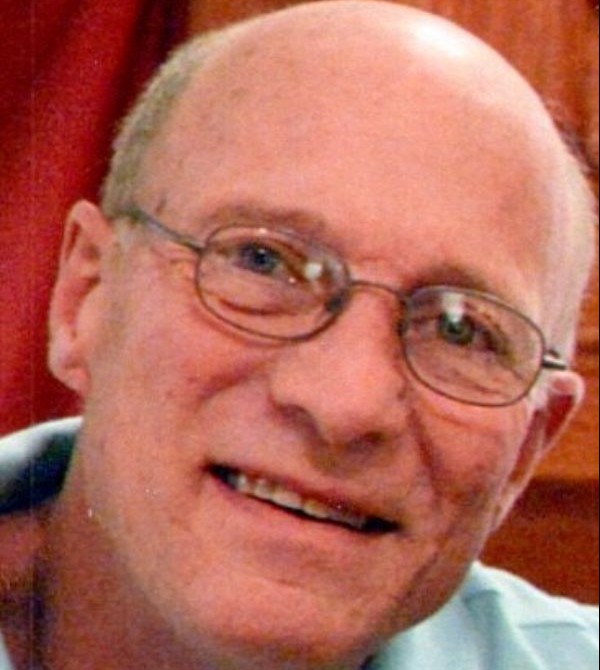 Vance grew up with the streets of Wichita as his playground. He worked a paper route and had many pets: dogs, a squirrel, and a raccoon, which he used to tease his sister, Sonya Sue. His pet raccoon, Zoro, would ride on his bike with him which was quite a sight. He would catch pigeons along the canal route to keep as pets. Vance had a pretty slick system. He would sell his pigeons to friends, but the pigeons would return right back to him. Upon arrival the bird would be caught and eaten by his raccoon. His friends were none the wiser. After middle school, Vance was sent to Wentworth Military Academy, in Lexington Missouri as a result of getting into trouble and street fights. But military school did not change Vance’s heart. He returned to Wichita and graduated from East High; Dad continued to make poor choices. He was involved in crime and drug use but after two bad car accidents, which should have taken his life. He wanted to know if there was anything more to this life than a good time and near-death experiences. He had some “Jesus freak” friends up in Kansas City from his military school days and decided to go set them straight. But God did a work in his heart and Vance put his trust in Jesus Christ as his Savior. Those around him saw seven demons exit his body when he accepted Christ as his Savior. He didn’t have any friends in Wichita that could encourage him in his new faith, but God took care of that. Through a series of events, he was placed in a house with a Christian roommate, and they began to have bible studies in that home. Vance married and had a beautiful baby girl, but that marriage dissolved, and Dad was a single father for several years. Seems like Vance knew how to do pretty much anything, and if he didn’t know how to do something he would figure it out as he went. He worked as a machinist for 47 years at the Boeing Company and Spirit AeroSystems. After a day of work, he was always ready to come home to his family. Though they grew up in the same church Vance didn’t take notice of his friend’s kid sister, Judy, till she showed kindness toward his daughter Amber. Vance and Judy Shaffer were married on December 1, 1979. Now Vance was making some better choices. He fathered seven children and sacrificed greatly to send us to a private Christian school. Vance didn’t miss many Berean ball games, concerts or plays for 27 years.  He was a dedicated member of Swiss Church now Whitewater Community Church. He served as an Awana leader and then commander. Vance also served as a trustee for the church. If there was snow, he was at church shoveling it. If the lawn needed to be mowed; he took care of it. He had definitive ideas about how things should be done and made it known. He was an idea man; that can be clearly seen in his garden innovations. Every year, he was fine tuning his craft. He said that he was fulfilling the biblical mandate, “multiply and tend the garden.” Vance went out to water the garden July 29th. He lost his footing and fell to the ground. He spent the next three months traversing the halls of St Francis medical center, moving from room to room, unit to unit. Vance had a great sense of humor which he kept till the end. His faith was never stronger than it was those last three months. He didn’t understand why all this was happening to him, but he knew God was a part of it whatever the outcome. Vance entered eternity to meet his Lord and Savior Jesus Christ on Monday, November 7, 2022, surrounded by friends and family. He is preceded in death by his parents, Grant and Genevieve Silknitter and brother, Stephen Kent Silknitter. He is survived by his wife of 43 years, Judy Silknitter, his children, Amber and Mark Baham of El Cajon, CA; Andrea  and James Meier of rural Benton, KS; Jennette and Aaron Gaudern of rural Whitewater, KS; Nathan and Patricia Silknitter of Hornick, IA; Clint and Theresa Silknitter of Moundridge, KS; Scott and Madison Silknitter of Whitewater, KS; and Christine and Adrian Condit of rural Shawnee, KS; 24 grandchildren; and his sister and brother-in-law, Sonya and Earl Harris of Colorado.

Vance’s life began on January 23, 1952, in Wichita. He is the son of Grant D. and Genevieve V. (Almack) Silknitter. Vance was a 1970 graduate of Wichita East High School and had attended Wentworth Military Academy. He was united in marriage to Judy Shaffer on December 1, 1979, at Mt. Olive Christian Church in Wichita and enjoyed 42 years of marriage. Vance worked for Spirit (Boeing) AeroSystems as a machinist for 47 years. He was an amazing husband, father, and grandfather. Vance coached his kids when they were young and enjoyed hunting and being outdoors with his family. He grew an outstanding garden every year and enjoyed sharing the fruits of his labors with friends and neighbors. Vance had a strong faith in our Lord and was an active member of the Whitewater Community Church (Swiss Church) for many years. He was also the Awana director at church for some time. Vance loved his animals, especially his Irish Setter Sable. His great joy by far though was his family which includes his wife Judy of Whitewater; children Amber (Mark) Baham of San Diego, CA, Andrea (James) Meier of Benton, Jennette (Aaron) Gaudern of Whitewater, Nathan (Patty) Silknitter of Hornick, IA, Clint (Theresa) Silknitter of Moundridge, Scott (Madison) Silknitter of Whitewater and Christine ( Adrian) Condit of Shawnee, OK; 24 grandchildren and his sister Sonya (Earl) Harris of Bailey, CO.  Vance passed away on Monday November 7, 2022, at Ascension Via Christi St. Francis Hospital in Wichita. He is preceded in death by his parents and brother Stephen Silknitter. His family will gather with friends on Friday November 11, 2022, from 6-8 p.m. at the Whitewater Community Church where his memorial service will be held on Saturday November 12, 2022, at 11a.m. Private family graveside services will be held at Swiss Church Cemetery, Whitewater. Lamb Funeral Home, Whitewater is serving the family. Memorial contributions in Vance’s name may be directed to Christopher’s Hope Orphanage (Haiti) or Ponca Bible Camp in care of the funeral home. Please sign his online guestbook and leave a memory of Vance at www.yazelmeglifh.com

To order memorial trees or send flowers to the family in memory of Vance D Silknitter, please visit our flower store.