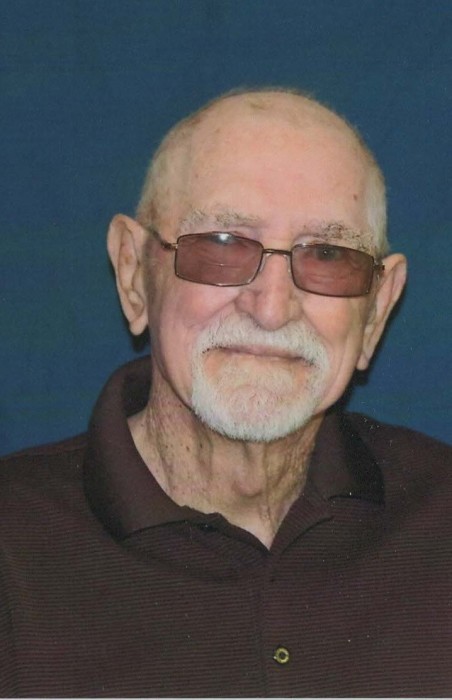 Vern's life began on December 31, 1927 in Alva, OK.  He is the son of Samuel Fernoy and Ada (Smith) Snyder.  Vern is a graduate of Alva High School and shortly after graduation enlisted in the United States Navy at the tail end of World War II to serve his country.  Vern worked as an inspector for the City of Wichita for over 21 years before retirement.  He was united in marriage to the former Donnis Klein on December 28, 1988 in Las Vegas.  Vern was an avid golfer and fisherman.  He enjoyed hunting and was especially remembered for his storytelling. Vern was a member of the Aulne Church and American Legion Post 401.  He was truly a community volunteer, whether it be for the church or neighbor, Vern could be counted on to help.  He was able to go on the Kansas Veteran's Honor Flight to Washington, D.C. in April of 2018, one of the greatest experiences of his life.  His loving family includes his wife Donnis of Aulne, children Dan (Lisa) Snyder of Colorado Springs, Shirley (Craig) Marino of Urbana, IA, Bonnie Crow of Bella Vista, AR, Chuck ( Leanna) Baxter of Beggs, OK, and Sidney Shelman of Derby, KS; grandchildren Chris (Katy) Wiebe, Julie (Seth) Anderson, Tim (Amy) Wiebe, Danny (Denice) Snyder, Jr, Matthew Snyder, Brandon Larose, Colin Shelman, Alex ( Shelby) Larios, Jeremy ( Katie) Baxter and 11 great grandchildren.  Vern passed away at his home on August 9, 2019.  He is preceded in death by his parents and seven brothers and sisters.  His family will gather with friends on Friday from 6-8 p.m. at the Yazel-Megli-Zeiner Funeral Home, Marion to share memories of Vern.  His memorial service will be held on Saturday at 10 a.m. at the Aulne Church, led by Pastor Jeff Lee.  Vern will be laid to rest in Marion Cemetery with military honors.  Memorial contributions in his name may be directed to Good Shepard Hospice of Newton or Caring Hands Humane Society of Newton.  Please sign his online guestbook and leave a memory of Vern at www.ymzfh.com.

To order memorial trees or send flowers to the family in memory of Vernon L Snyder, please visit our flower store.