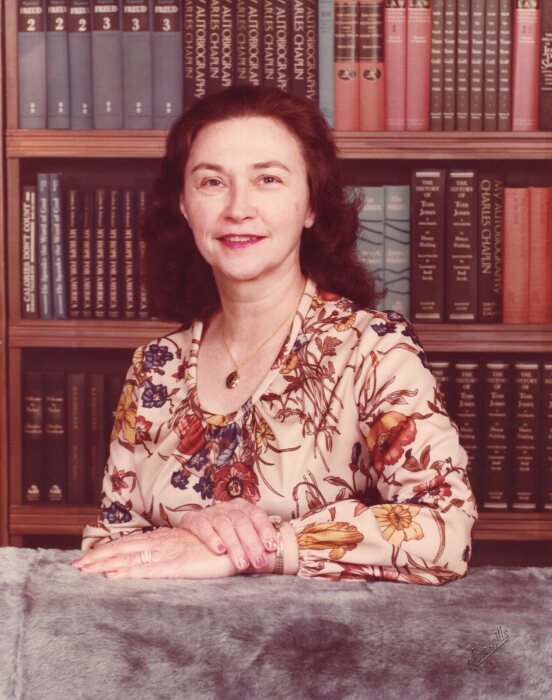 Virginia Yates Brunner, 93, of Herington, KS, passed away on July 10, 2021.  Virginia was born on November 27, 1927 in Herington, Kansas to Bernie Allon Yates and Esther Wilhilmina Martha Yates.  Her father came to Herington from the Shenandoah area of Virginia, working on the railroad, and ended up in Herington, KS, where he became an engineer on the Rock Island.  Virginia’s mother worked at “The Beanery” in her young days, and after marrying Bernie Yates became a full-time mother.  Virginia’s younger sisters, now deceased, were Lois Ann Yates Pagel and Kathleen Yates Cameron. Virginia met Alvin Pete Brunner, who also lived in Herington and joined the U.S. Army-Air Corps during World War II.  They married at Lawton, OK on June 24, 1944.  Alvin served in the Philippines and then in Japan following the bombings in Hiroshima and Nagasaki and Japan’s surrender.  Virginia completed her senior year at Herington High School at this time.  They then lived their first three years in many different places, often with limited space.  The US Air Force was created in 1947 as an independent service, and Virginia convinced Alvin to become Air Force.  Their first assignment was Smokey Hill Air Force Base in Salina, and their daughters Christine and Linda were born there.  They purchased a home which still stands in Salina.  In 1950 the family of four was assigned to Offutt Air Force Base, SAC Headquarters, near Omaha, NE.  They moved near the base in the small town of Bellevue, and their third daughter, Cynthia, was born in June of 1951.  Cynthia had heart defects which kept Virginia very busy maintaining her health.  She taught Cynthia at home for all her years of schooling.  While Alvin performed his Air Force duties, completing 23 years, and then doing 16 years Civil Service, Virginia was a full-time mother and home teacher.   When she could she assisted people in need.  She helped Vietnamese families who came to Bellevue after fleeing for their lives who were known as “boat people” who started new lives in the U.S.  She also assisted with collections of clothing for people in need, often for the Indians in the Dakotas.  Cynthia passed away in December of 1998 in Omaha where she lived with her partner Mark Aiken.  She was buried in Herington at Sunset Hill Cemetery next to her father Alvin.  He had passed four years earlier in 1994 with cancer after Virginia and Alvin moved from Bellevue, back to Herington, where they both were born. Virginia attended St Paul Lutheran Church for many years during her “healthy” years.  As a child she attended the Nazarene Church just a half block away from her home.  Later in life she volunteered to play piano for the Nazarene Church.  Soon after being married, Virginia purchased a piano which remained her favorite possession.  She played piano and keyboard with a gospel and country group called The Honey Bees, who entertained at local gatherings and nursing homes.  Her best friends were Annie Rohrman and Joseph Zinn, fellow Honey Bees.  She developed Herington’s historical museum which became the Tri-County Historical Society, and served as the curator for 17 years, until September 1997.  Chartered in 1975, she did much of the planning for the present museum building into which the original museum moved in 1984, seeking to preserve Herington’s heritage and the many items donated by early families to the area.  Over the years she served in positions in the American Legion, VFW, DAR, and the Main Street program. Survivors include Christine Valaika and husband John; Linda Brunner; three grandchildren:  Michael Valaika and wife Jennifer; Michelle Valaika Rives; Virginia P. M. Livingston and husband Clancey; as well as two great grandchildren:  Kathleen Rives and Rachel Rives.  Other survivors are Brenda Weller; Paul Pagel; Nancy Pagel; Debra Roxberry; Cynthia’s partner, Mark Aiken, and Virginia’s God-daughter, Dawn Annette Wendt. Her family will gather with friends on Friday July 23, 2021 from 6 to 8 p.m. at Yazel-Megli Funeral Home, Herington.  Her funreral service will be held on Saturday July 24, 2021 at 11 a.m. at St. Paul’s Lutheran Church.  Burial will be at Sunset Cemetery.  The family suggests memorials to St Paul’s Lutherans Church, the Herington Historical Society or the VFW, all in care of the funeral home.  Please sign her online guestbook and leave a memory of Virginia at www.ymzfh.com.
To order memorial trees or send flowers to the family in memory of Virginia Brunner, please visit our flower store.