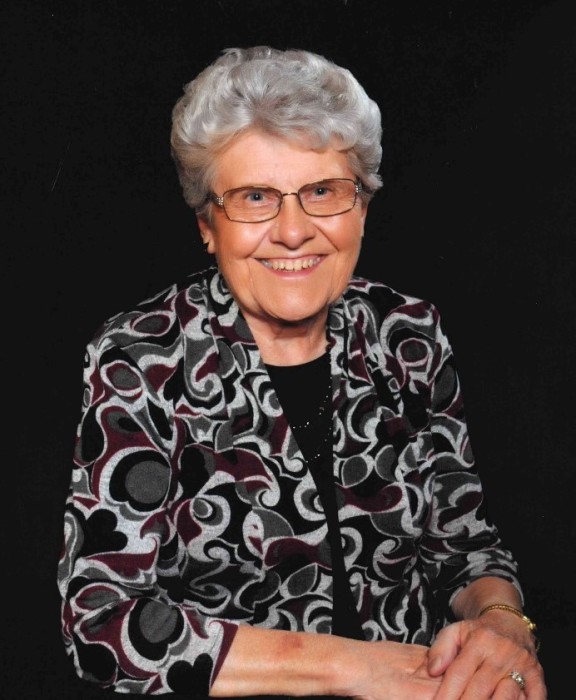 Virginia Louise Heerey was born May 15, 1935, at home in Aulne, Kansas, to Ferdinand and Helena (Hein) Winter. She started grade school at Brudertal and continued her education in Marion after her family moved into town in 1944. She graduated from Marion High School in 1952. Virginia married Charles A. Heerey at St. Mark Catholic Church in Marion the day after Christmas in 1953. Charles left for Germany a few weeks later as a member of the US Army.

Virginia worked at the local JC Penney store during high school and later as a telephone operator for Southwestern Bell in Marion. She was a homemaker during the years her children were at home. She later worked for the Clerk of the District Court for several years.

Virginia was baptized in the Evangelical United Brethren Church and was a faithful member of Eastmoor United Methodist Church. She was a member of Neo-Century Club and the St. Luke Hospital Auxiliary. She and Charles enjoyed many years playing cards, traveling and socializing with their close friends. They also enjoyed traveling with family including many vacations, a 50th wedding anniversary trip with their entire family to Hawaii, the International Balloon Festival in New Mexico, and a trip to Alaska. Her children, grandchildren, and great-grandchildren were the pride and joy of her life.

Virginia passed away on July 22nd at Wesley Medical Center in Wichita, KS. She was preceded in death by her parents, her husband of 65 years, and a brother, Don Winter. She leaves behind sons Brad (Rhonda) Heerey of Wichita and Doug (Lori) Heerey of Marion and daughter Cindy (Chuck) McSwain of Wichita. Additionally, survivors include eight grandchildren and eight (soon to be nine) great-grandchildren. Surviving siblings include sisters Bea Kelsey and Margie (Kenneth) Sandwell of Marion and sister-in-law Judy Winter of Ness City. She also leaves behind many nieces and nephews.

To order memorial trees or send flowers to the family in memory of Virginia L Heerey, please visit our flower store.