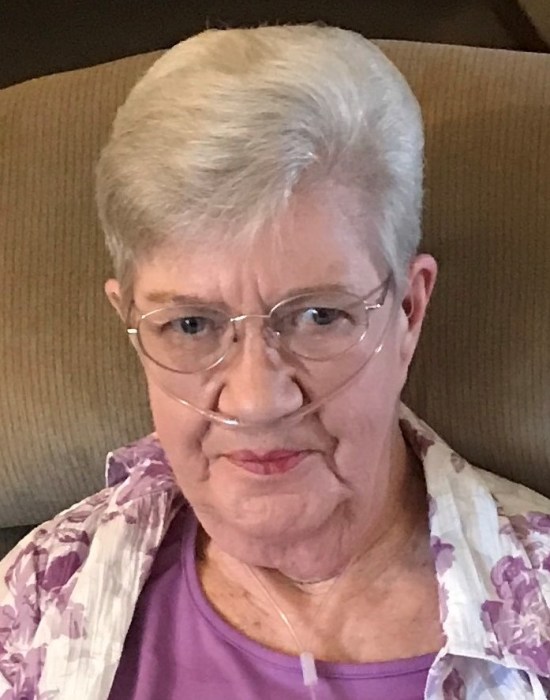 Virginia Reed was born June 18, 1942.  She departed this life on Saturday, December 29th, 2018, at the Newton Medical Center.  She was the daughter of Gustav A. and Esther (Knuth) Lueker.  She had three brothers, Vern, Harold, and Bob, and three sisters, Janice, Marge, and Elaine.

Virginia was baptized and confirmed at the St. John Lutheran Church of Lincolnville.  She graduated from Centre High School. When Ben Franklin came to Herington she was asked to help set up for the opening.  After the opening, she was asked to stay as an employee.  Twelve years later, she and her husband relocated to Oklahoma.  She was currently a member of Zion Lutheran Church of Newton.  She enjoyed the monthly games and would attend regularly playing bridge and Mexican dominoes.

She married John F. Reed, June 18, 1960, at the St. John Lutheran Church in Lincolnville. They were the parents of four daughters, Brenda, Janice, Donna, and Nita.

Her husband preceded her in death on October 27, 2005.  She is also preceded in death by a daughter, Brenda Reed on January 30, 2011; a brother, Bob Lueker; a sister, Elaine White; and her parents.

The family requests memorials to the Zion Lutheran Church of Newton; and may be sent in care of the Zeiner Funeral Home-Herington Chapel,  404 S. Broadway, Herington, KS 67449-3038.

To order memorial trees or send flowers to the family in memory of Virginia Lee Reed, please visit our flower store.