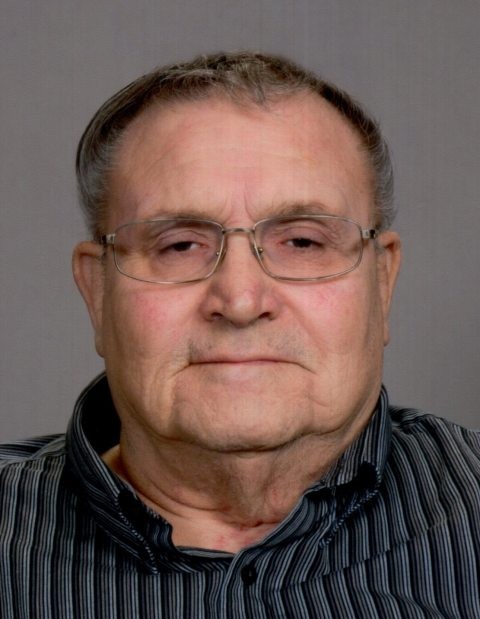 Weldon Lee Deines departed this life, Friday, the second day of August 2019.  He was the son of Ortwin and Hannah (Benhardt) Deines, born September 7, 1942, at Lost Springs, Kansas. He had two older brothers, Vernon and Mervin. On April 30, 1967, he married Rose Mary Beisel, at St. John Lutheran Church, Tampa, Kansas, and together they raised their two children, Christina and Curtis.

Weldon was kind-hearted, good natured, and liked to tell jokes about himself.  He liked fast pitch softball and played for more than twenty years.  As a supportive father, he coached his son’s baseball teams and was a devoted grandpa attending the grandchildren’s events whenever possible. He was a K-State and Elvis Presley fan.  His favorite past time was food.  He liked seafood, and Rose Mary’s home cooked meals especially the chicken noodle soup and strawberry ice cream.

Weldon was a member of the Our Redeemer Lutheran Church and at one time served as a church elder.  He served in the U. S. Army Reserve during the Vietnam Crisis. It gave him great pleasure to work part time on the family farm with his brothers.  He was a talented welder and worked most of his life as a blue print reader/layout designer of machines for an industry.  He graduated from Centre High School with the class of 1960.

Weldon is preceded in death by his brother, Vernon Deines, and his parents.

Funeral services will be 10:00am, Wednesday, August 7, 2019, at the Our Redeemer Lutheran Church of Herington, with Rev. Mark Lovett, officiating.  Interment will follow at the Lewis Cemetery of Ramona, KS.  Family will greet friends 5:30 – 7:30pm, Tuesday, August 6, 2019, at the Yazel-Megli-Zeiner Funeral Home-Heringto

Memorials may be given to the Our Redeemer Lutheran Church-Roof Fund; and may be sent to the Yazel-Megli-Zeiner Funeral Home, 404 S. Broadway, Herington, KS, 67449-3038.

To order memorial trees or send flowers to the family in memory of Weldon Lee Deines, please visit our flower store.