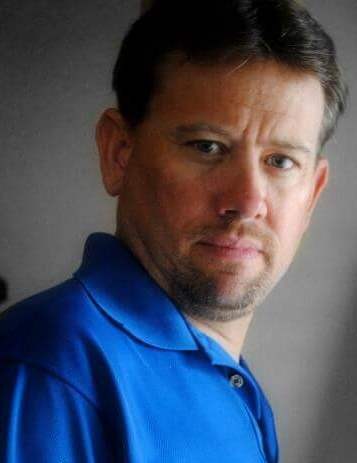 Some of the best moments of growing up was when he would go water skiing with his dad and sister.  He liked crisscrossing over the water and jumping the waves.  He was on the high school swim team.  He liked woodworking.  He enjoyed bowling as did several others in the family.

Fred graduated from the Junction City High School with the class of 1984.  He had some college but no degree.  He entered the Army in 1985.  He served in Italy and Germany and deployed to Bosnia, Panama, Kuwait, and Iraq.  He retired as a SFC, Fort Polk, LA, Joint Readiness Training Center in 2008. Returned to Junction City started the High School bowling team and coached for two years. He liked following the Washington Redskins.

Fred was a past secretary and member of the Nemesis MC of Herington.  He was a member of the American Legion Post #45, and the First Christian Church both of Junction City.

His mother, Antje Meyer, preceded him in death.

He is survived by his father, Wilfried Meyer, Sr., of Junction City; three sons, Brent Meyer of Wichita, Michael Meyer of Roanoke, Texas, and Harley Meyer of Houston, Texas; a daughter,Jennifer Rea of Topeka; one sister, Claudia Boyles (Marty) of Holcomb, Kansas; and two granddaughters, Athena Galindo-Meyer and Lila Rea.

A celebration of life service will be Sunday, June 2, 2019, at the Motorcyle Club House, 1020 W. Main Street, in Herington.  Pastor Joker Henderson is the officiant, closing with military rites by the Fort Riley funeral detail.

Memorials to National Kidney Foundation; and they may be sent to the Zeiner Funeral Home-Herington Chapel, 404 S. Broadway, Herington, KS, 67449-3038.

To order memorial trees or send flowers to the family in memory of Wilfried "Fred" Klaus Meyer, please visit our flower store.