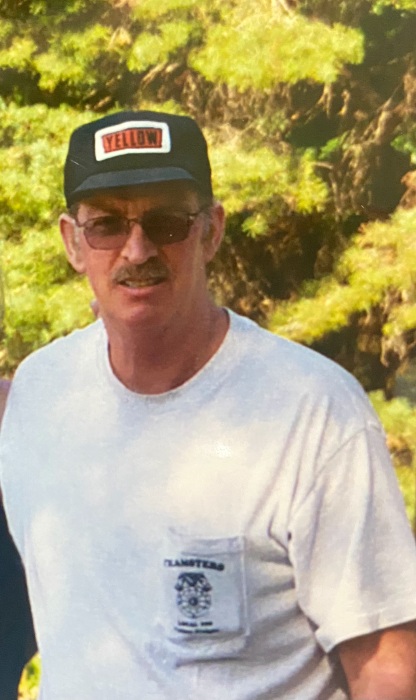 Bud Smithson’s life began on September 30, 1949, in Junction City, the son of Wayne Garvin and Marvella (Burns) Smithson. He grew up on his family farm near Delavan, Kansas, and graduated from Wilsey High School in 1967. On February 20, 1970, Bud was united in marriage to Roxie Bruckner of Delavan. In 1967, Bud began his career as a professional truck driver working for the Missouri-Pacific Truck Lines in Kansas City, Missouri. He returned to the family farm and continued his career with Woolworths, Churchill Truck Lines, and Yellow Freight Lines. In 2005, Bud retired with the Teamsters local 696 after a combined 38 years of service. Bud was a life-long farmer, the job he enjoyed the most. He served his community as the treasurer of the Grandview Township No. 7 and as a volunteer firefighter on the Delavan Fire Department. He was a proud NRA member, retired Teamsters Local 696 member, and supported the Quail and Upland Wildlife Federation. Bud was an avid hunter and fisherman and enjoyed spending time at the lake camping and boating. Later in life, Bud and Roxie enjoyed traveling the country. Bud’s greatest joy was his family, including his wife Roxie Smithson of the home; their children Dan (Kathy) Smithson of Kearney, MO, and Casey (April) Smithson of Wamego; grandchildren Tyler (Mercedes) Anders, Bailey Smithson, Jenna Smithson, and Dalton Smithson; great-granddaughter Zoey Anders; his sister Sandra McKinnon of Ferndale, MI; brother-in-law Dean Gutsch of Burdick; sister-in-law Donna Smithson of Huntington Beach, CA and many nieces and nephews. Bud, age 71, passed away on Thursday, June 17, 2021, at Salina Regional Hospital.  He was preceded in death by his parents, siblings Shirley Gutsch and Wayne “Butch” Smithson, and brother-in-law Bob McKinnon. Bud’s family will gather with friends at 10:30 a.m., Saturday, June 26 at the Delavan Community Center for his memorial service, led by Pastor Clarence Sumner. Bud will be laid to rest in the Delavan Cemetery following the service. Yazel-Megli Funeral Home, Herington is serving the family.  Memorial contributions in Bud’s name may be directed to the Delavan Fire Department in care of the funeral home.  Please sign his online guestbook and leave a memory of Bud at www.ymzfh.com.

To order memorial trees or send flowers to the family in memory of William "Bud" Burns Smithson, please visit our flower store.