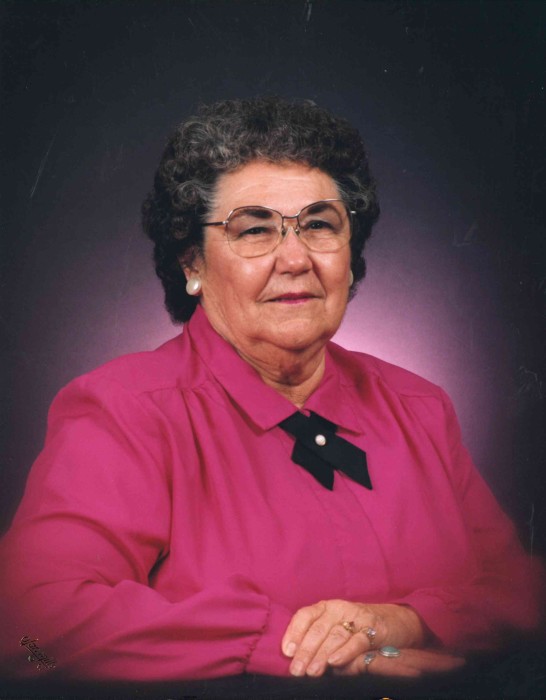 Wilma's life began on August 4, 1927, in Newton.  She is the daughter of Homer H. and Esther J. (Corfman) Motter.  Wilma is a graduate of Whitewater High School.  Wilma was courted by a young man named Phillip Everett, who gave her two pigs to raise and when asked by his brothers why he did that he proclaimed, I am going to get the girl and those two pigs back, and he did.  Wilma and Phillip were united in marriage on February 18, 1946, in Cottonwood Falls.  Wilma was a true farmer.  She could drive mule and horse teams in the field; she could milk cows and pull calves.  Wilma was a gardener and canned much of the family's food.  She enjoyed baking, driving tractor and her dogs.  Wilma enjoyed quilting and sewing, making many of her family's clothes.  She enjoyed life on their Homestead farm.

Wilma's greatest joy was her family which includes her children Mary Jane Grimmett of Florence, Linda Rae (Ed) Hepburn of Benton, and John (Arletta) Everett of Grenola, KS; grandchildren Justin (Rachelle) Grimmett, Tyson (Melanie) Grimmett, Travis (Michelle) Swift, Tanner (Tara) Swift, Lisa Everett and Tom (Tristan) Everett; and 15 great-grandchildren.  Wilma passed away on June 18, 2019, at St. Luke's Living Center.  She is preceded in death by her parents, husband Phillip, and infant brother Donald Motter.  Wilma's family will gather with friends on Friday from 6-8 p.m. at the Yazel-Megli-Zeiner Funeral Home- Marion Chapel.  Her funeral service will be held on Saturday at 10 a.m. at the Florence United Methodist Church led by Pastor Kevin Seuser.  She will be laid to rest in Whitewater Cemetery at 1:30 p.m. on Saturday.  Memorial contributions in Wilma's name may be directed to the Activity Fund at St. Luke's Living Center.

To order memorial trees or send flowers to the family in memory of Wilma Jean Everett, please visit our flower store.